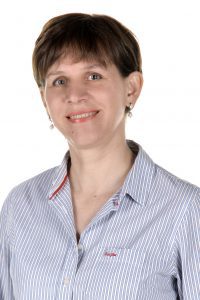 Ivermectin for the treatment of COVID-19 infections in South Africa

“Besides being complicated, reality, in my experience, is usually odd. It is not neat, not obvious, not what you expect.” C.S. Lewis

And so is the South African reality regarding ivermectin…

Ivermectin is not a medicine, it is a scheduled substance…

Some have argued that ivermectin may be used off-label as medical practitioners see fit. However, off-label use of any medicine only pertains to registered medicines with approved labels, which in this case will be irrelevant since ivermectin containing medicines have not been registered.

In short, nobody may sell an unregistered ivermectin containing medicine since each formulation has to be evaluated by SAHPRA against set standards in the interest of public health. There are however exceptions to this rule, mechanisms in the Medicines Act which may be utilized by which SAHPRA may, under strict conditions, authorize the use of a specific unregistered ivermectin containing medicine, not the scheduled substance ivermectin.

Thus, the Medicines and Related Substances Act 101 of 1965 does not prohibit the use of ivermectin containing medicines but the correct mechanisms must be applied in order to access such a medicine. These mechanisms include that application be made for the registration of ivermectin containing medicines, in the circumstances fast-tracking should also be requested. If SAHPRA unreasonably denies such a request or reject such an application, legal recourse becomes possible.

The Medicines Act also provides for a mechanism whereby medical practitioners may apply for and gain access to unregistered ivermectin containing medicines for specific patients, albeit with conditions. These are referred to as section 21 applications. The unreasonable rejection or delay in approval of section 21 applications will, similarly to unreasonable rejections of registration applications, also allow for legal recourse.

Another mechanism provided for is compounding of ivermectin containing medicines. Although applications are not required in this instance, strict conditions apply. One of these conditions is that a compounded medicine may only contain substance/s (active component) which appear in another medicine which has been registered specifically under the Medicines Act. This excludes antiparasitic stock remedies which are registered under the Fertilizers, Farm Feeds, Seeds and Remedies Act 36 of 1947. The reality here is that ivermectin containing medicines have not been registered under the Medicines Act.

It is clear that the mechanisms provided for in the Medicines Act have to be followed and that unreasonable outcomes may be disputed. A balance needs to be struck between provisions geared to protect public safety and the need for prevention and treatment for COVID-19. If an application for registration or a section 21 application meets the requirements regarding quality, safety and efficacy, the medicine must be registered or made available otherwise. If the requirements which protect public health are not met, SAHPRA has the mandate to reject these applications. Constitutional rights may after all be limited by a law of general application that is reasonable and justifiable in an open and democratic society based on dignity, freedom, and equality.

For further information regarding ivermectin feel free to contact Pharmalaw

I submitted dossiers in accordance with the revoked Regulations as amended in 2013:

What to do next?

What are the implications for those who already submitted dossiers?

In order to determine the effect, if any, of the repealed legislation, the provisions of the Interpretation Act 33 of 1957 have to be taken into consideration. Unless the contrary intention appears, the repeal shall not inter alia affect the previous operation of any repealed law or anything duly done under the law so repealed.

This notion is supported by the common law presumptions that legislation does not contain futile or meaningless provisions and that legislation is not presumed to be retrospective in nature. Continued processing and finalisation of dossiers submitted under Regulations, 2003 will attest to the
fact that the process started under Regulations, 2003 is valid and will be completed.

The notion that original deadlines for submission of applications for registration prescribed by regulation 48C of Regulations in 2013 were deleted by the General Regulations in 2017 thus does not hold water from a legal perspective as set out above.

Furthermore, should this process not be completed according to the requirements and timelines set at the relevant time, members of the industry who adhered to this process will be severely prejudiced.

If you submitted and are wondering, where to from here, we would like to hear from you.

Disciplines, pertaining to which professions?

The General Regulations 2003, as amended 2013 called up discipline-specific complementary medicines (DS CMs) falling within the ambit of the narrow definition provided.

The definition of DS CMs in the Regulations 2003 required that DS CMs should be used in accordance with the practice of the professions regulated under the Allied Health Professions Act, 1982.

The Allied Health Professions Act defines allied health professions as the profession of Ayurveda, Chinese medicine and acupuncture, chiropractic, homeopathy, naturopathy, osteopathy, phytotherapy, therapeutic aromatherapy, therapeutic massage therapy or therapeutic reflexology, or any other profession the Minister may, at the request of the council, by notice in the Gazette declare the provisions of this Act to be applicable to. The discipline of Unani Tibb has been included in 2007.

Where do I find a description of the practice of these professions?

However, the definition of DS CMs has been widened in 2017 and disciplines are currently determined by SAHPRA and not the Allied Health Professions Act. Interestingly, there seems to be discrepancies between the six major disciplines recognised by the South African Health Products Regulatory Authority (SAHPRA) namely Aromatherapy, Ayurveda, Homeopathy, Traditional Chinese Medicine, Unani Tibb and Western Herbal Medicine and the disciplines recognised by the Allied Health Professions Council.

In order to obtain clarity, the disciplines determined by SAHPRA will have to be defined in such a way that industry can identify use in accordance with these disciplines. Also, where a discipline is listed and the scope of practice detailed in the Allied Health Professions Act and its regulations but excluded or modified by SAHPRA it may lead to confusion.

If you wish to discuss this matter further, please let us know.